Jamie was recognized in the prestigious “Best Lawyers: Ones to Watch 2022” for insurance law. She has also been published in legal publications, including:

“Your Uber is here: Which auto insurance goes along for the ride?”
Westlaw Today, Reuters — July 23, 2021

“Families First Coronavirus Response Act: What you need to know in an easy chart”
Medium.com — April 23, 2020

Jamie is very active in Orange County’s legal community, regularly volunteering as a mock trial judge, speaking to college students regarding her experiences as an attorney, and assisting the Orange County Bar Foundation in their fundraising efforts. Jamie enjoys going to Disneyland, reading romantic comedies, or catching the latest films in her free time.

The Best Lawyers in America: Ones to Watch 2022 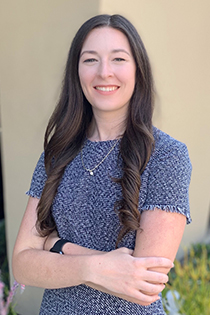