Earning a strong track record of success in resolving the most difficult cases, Craig has acted as lead trial attorney in dozens of cases before federal and state court juries and in arbitrations across the country. He is accustomed to handling matters of exceptional complexity, including nationwide class actions and multidistrict litigation.

Craig is licensed in both California and Texas, two of the most wildfire-prone areas, contributing to his broad experience, success, and unique qualifications as an esteemed subrogrator, litigator, and attorney.

Craig enjoys litigating cases, especially those that are complicated or involve novel theories, whether the underlying matter is a business dispute or one involving insurance.

The Daily Journal named Craig among the “Top 100″ Attorneys in California for helping to achieve a $950 million settlement involving California wildfire-related cases on behalf of homeowner insurance carriers. Named to the list of Best Lawyers for 2015-present for his demonstration of excellence in his practice of law, Craig is also recognized to the list of Southern California Super Lawyers, with frequent recognition to the “Top 50 Orange County,” and “Top 100 Southern California” Super Lawyers lists.

•Assisting insurers in the adoption and implementation of procedures for the handling of claims, including the drafting of claims manuals, guidelines and policies.
•Representing carriers in first-party claims In the area of property insurance. He has distinguished himself in fire and arson claims and litigation arising from such claims.
•Representing numerous insurers in the area of insurance coverage in difficult duty-to-defend litigation, which presents unique “case-within-a-case” evidence issues.
•Defending against the global attacks being made on the industry in the area of life and annuity sales. Craig has defended both individual and class actions.
•Serving as a consultant and expert witness in disputed insurance matters for both the plaintiff and defense Bar.

Craig joined Berger Kahn as a law clerk in 1975, became a principal in 1981, and in 1984 opened the firm’s Orange County office. He is the rare attorney who has served with steadfast loyalty to one firm his entire legal career and he possesses the institutional knowledge that accompanies his five decades leading Berger Kahn.

He and his wife live in Irvine, California.

When You Inherit a House, You Don’t Automatically Inherit the Home Insurance Policy
NASDAQ – March 28, 2012

Fostering Communication and Cooperation Between the Public Adjuster and the Carrier
National Association of Public Insurance Adjusters Annual Meeting
June 17, 2016

Say What you Mean, Mean What You Say – A Mock Deposition Exercise and Discussion
Southern California Fraud Investigators Board
November 5, 2015

Being Deposed: 1,000 Tips for Helping Yourself in Deposition: Using Inverse Condemnation for Maximum Recovery in Fire Cases
California Conference of Arson Investigators
March 26, 2013 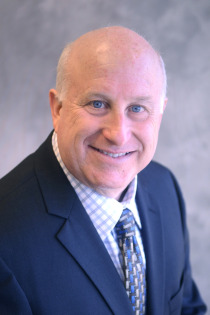 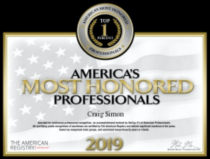 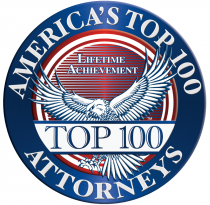