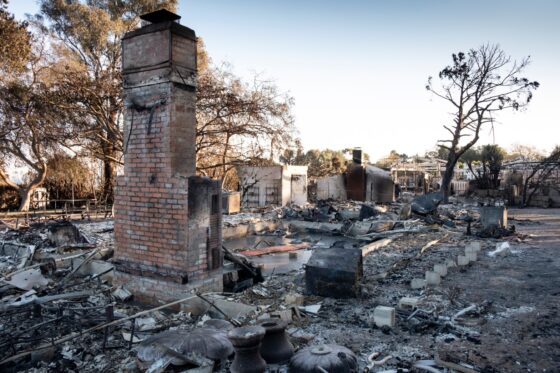 IRVINE, CA – Subrogation Leadership in the Woolsey fire successfully finalized a $2.2 billion settlement between Southern California Edison (“SCE”) and over 100 subrogation insurance plaintiffs and other holders of Woolsey fire claims. The final settlement was reached on January 22, 2021, following a successful mediation overseen by Judge Peter Lichtman, Ret. of Signature Resolution. The agreement also requires SCE to reimburse the subrogation claim holders a percentage for future payments up to an agreed cap.

Says Simon, “This was a group effort by a lot of talented subrogation counsel. I was happy to be selected to a leadership position on the subrogation track for the Woolsey Fire Cases, working alongside other smart and hardworking counsel who worked as a team. Subrogation and Individual Leadership also worked very well together on liability issues, to bring about this result. I believe this subrogation settlement will lead to a global settlement protocol in Woolsey, between SCE and individuals.”

ABOUT BERGER KAHN: Berger Kahn, A Law Corporation, is a California-based law firm, with practice areas including insurance coverage and litigation, business litigation, labor and employment, serious personal injury and wrongful death, and subrogation. The firm is located in Irvine and San Diego and serves matters statewide including in Los Angeles, San Diego, the San Francisco Bay Area, Orange County, as well as in Arizona and Texas. http://www.bergerkahn.com

ABOUT CRAIG SIMON: With broad trial experience representing insurers, financial companies, and business owners, Craig serves as National Subrogation Counsel to a top nationwide insurer, helping to oversee recovery challenges across the country. Recognized by The Daily Journal among the “Top 100″ Attorneys in California, Simon has been named to the list of Best Lawyers for 2015-present, and the list of Southern California Super Lawyers, with frequent recognition to the “Top 50 Orange County,” and “Top 100 Southern California” Super Lawyers lists. http://bergerkahn.com/our-people/craig-s-simon/