As a former court-appointed attorney, Mallory has high-pressure courtroom experience, including in criminal and juvenile dependency proceedings. In her insurance practice, she conducts examinations under oath, litigates, and advises clients regarding coverage under personal lines and commercial policies.

Mallory graduated from University of California, Los Angeles School of Law in 2017, where she was active on UCLA Law Review. She was a recipient of the UC Presidential Service Fellowship and wrote appellate briefs at the Orange County Public Defender’s Office. In 2018, she joined Los Angeles Dependency Lawyers and was a court-appointed attorney for parents in juvenile dependency proceedings.

Mallory has been recognized in Super Lawyers Southern California Rising Stars 2022 for insurance coverage. Mallory has also been published in the following legal publications:

Mallory is involved in the Orange County community, and frequently volunteers as a judge for UC Irvine’s Mock Trial and UCI Law’s Moot Court competitions. In her free time, Mallory enjoys raising her mini-American Shepherds, Cali and Roxy, and practicing power vinyasa yoga. 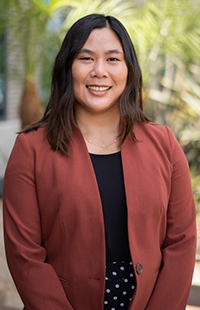