Heather joined Berger Kahn after graduating from Loyola Law School in 1998. She provided coverage analysis for commercial lines and personal policy insurers. She also represented insurers in coverage and “bad faith” lawsuits, and successfully resolved many cases by summary judgment for her clients. Early in her career, a second-year lawyer, she was co-counsel in the Barratt American, Inc. v. Transcontinental Ins. Co., 102 Cal.App.4th 848 (2002) trial, where the Court of Appeal clarified the scope of recoverable defense costs under California law.

When Heather rejoined Berger Kahn in 2010, she participated in the Yorba Linda Water District wildfire subrogation case and helped her insurance carrier client obtain one of California’s 10 largest judgments in 2012.

With over 20 years of practice, Heather continues to focus on insurance coverage and litigation.

In her free time, Heather enjoys walking her two small rescue dogs, reading and watching her sons play volleyball and water polo on their national teams.

Representative Matters
Berger Kahn Prevails On Recent NLRB Charge
Berger Kahn Partners Erin Ezra and Heather Whitmore and Associate Andrew Wyatt recently obtained a dismissal in favor of their client, an employer, on a Charge for violation of the National Labor Relations Act (NLRA). The National Labor Relations Board dismissed the case on the grounds that the former employee’s conduct was unprotected and not concerted activity within the meaning of the NLRA. 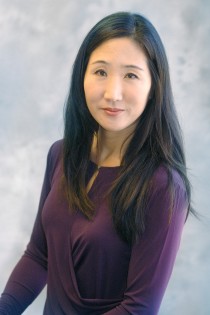