Walker Macon is an Associate at Berger Kahn’s South Orange County office and focuses his practice on insurance coverage.

Aside from insurance coverage, Walker works on reimbursement and various coverage-related litigation, as well as employment, entertainment, and other business-related contracts.

Walker has also been published in the following legal publications:

Born and raised in the suburbs of Boston, Massachusetts, Walker is a New Englander at heart and remains loyal to his beloved Boston sports teams. In his spare time, he enjoys playing tennis and golf, skiing, listening to music, and spending time with loved ones. 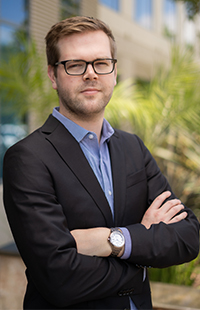