This article by Berger Kahn Shareholder David Ezra assesses the accident or “occurrence” requirement that is typically found in liability insurance policies.  It offers a suggested approach that synthesizes existing case law and could make determining whether a particular claim or suit involves an accident more consistent and predictable — less of an “I know it when I see it” issue.  This first part of a two-part series looks back at how California courts have wrestled with and tried to define the often fairly nebulous accident concept. 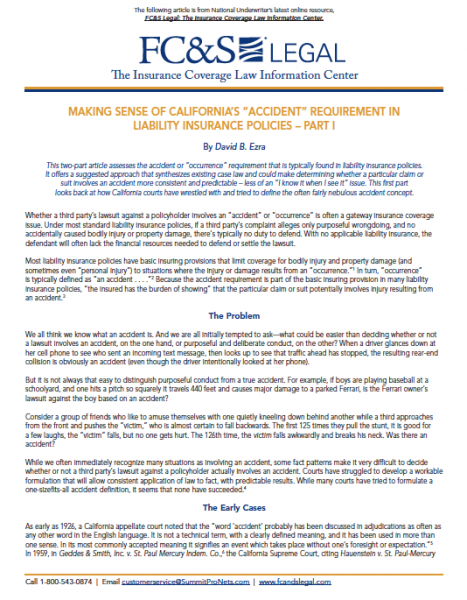