Daniel attends the University of Southern California Gould School of Law in Los Angeles and is expected to graduate in May of 2021. At Gould, Daniel is part of the school’s Law Review. Daniel received his B.A. from New York University’s Steinhardt School of Media, Culture and Communication in 2014.

Prior to joining Berger Kahn, Daniel worked at Finrise in Burlingame, California as an account executive, where he developed sales strategies for fintech startup companies and conducted outbound sales calls, advertising healthcare financing solutions. There, Daniel gained extensive skills in client communication. Daniel also worked as a judicial extern for the Orange County Superior Court in Santa Ana, where he assisted the Honorable Judge Charles Margines with numerous writeups, research, and development of final instructions for the jury. More recently, Daniel served as a summer associate for Gibson Dunn and Crutcher in Los Angeles, where he familiarized himself with litigation, real estate, and corporate matters.

In his free time, Daniel is an avid listener of K-Pop, and stays active by boxing, practicing Brazilian Jiu-Jitsu, and rock climbing. 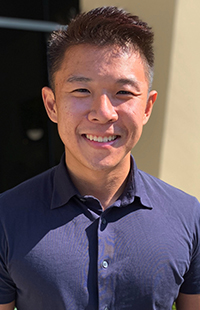