To raise awareness for Walk Now for Autism Speaks Orange County, Berger Kahn, a law office in Irvine, was inspired to form ‘Team Berger Kahn,’ under the leadership of Team Captain and Berger Kahn Principal Lance LaBelle, who has taken a personal interest in autism. The OC Autism Walk was October 13, 2012 at The Irvine Great Park, and Team Berger Kahn was 24-members strong, featuring attorneys, staff, friends and family of the firm. 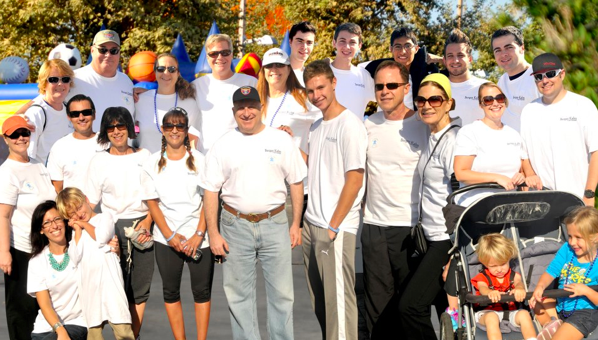 A community sponsor of the OC Walk, Berger Kahn, will host blue-themed hors d’oeuvres, with a percentage of proceeds benefitting the OC Autism Walk, at 6ix Park Grill at the Irvine Hyatt on November 8, 2012 from 5:30-7:00 pm featuring speaker Andrew Hain, a 20-year old college student with Autism Spectrum Disorder.

Says LaBelle, “We have a goal of inviting and inspiring the whole Berger Kahn network to join in support of those with special needs in our community.”

One of the premier OC Autism Walk fundraisers, the 4th Annual Golf Tournament, is on Friday, September 7. http://fullertoncares.com/golf-tournament/

ABOUT LANCE LABELLE: Lance A. LaBelle, a principal in Berger Kahn’s Irvine office, leads the firm’s third-party Insurance Coverage Practice Group. With more than 25 years of experience, Lance focuses his practice on liability insurance coverage in the commercial and personal lines areas. Lance is co-founder of IDR Mediation Services, an alternative dispute resolution service that specializes in resolving insurance coverage disputes as well as wide variety of commercial matters. He has been named to the list of Southern California Super Lawyers in the area of Insurance Coverage from 2009-2012. Lance LaBelle Bio.

ABOUT AUTISM: According to the U.S. Centers for Disease Control, autism affects over1% or 1 in every 88 American children. Autism is a complex condition that affects a person’s ability to communicate and develop social relationships, and is often accompanied by behavioral challenges.