As part of an ongoing series of articles and columns on the Orange County Bar Association ADR section chaired by Berger Kahn Principal Lance LaBelle, a recent column by Berger Kahn Principal Dave Ezra was featured in Orange County Lawyer magazine, “The Mediator’s Nightmare: Am I the Most Unreasonable Party’s Advocate?” Featuring a detailed examination of the conditions in which challenges may arise in mediation and practical and scholarly tips for understanding this issue, Dave says: 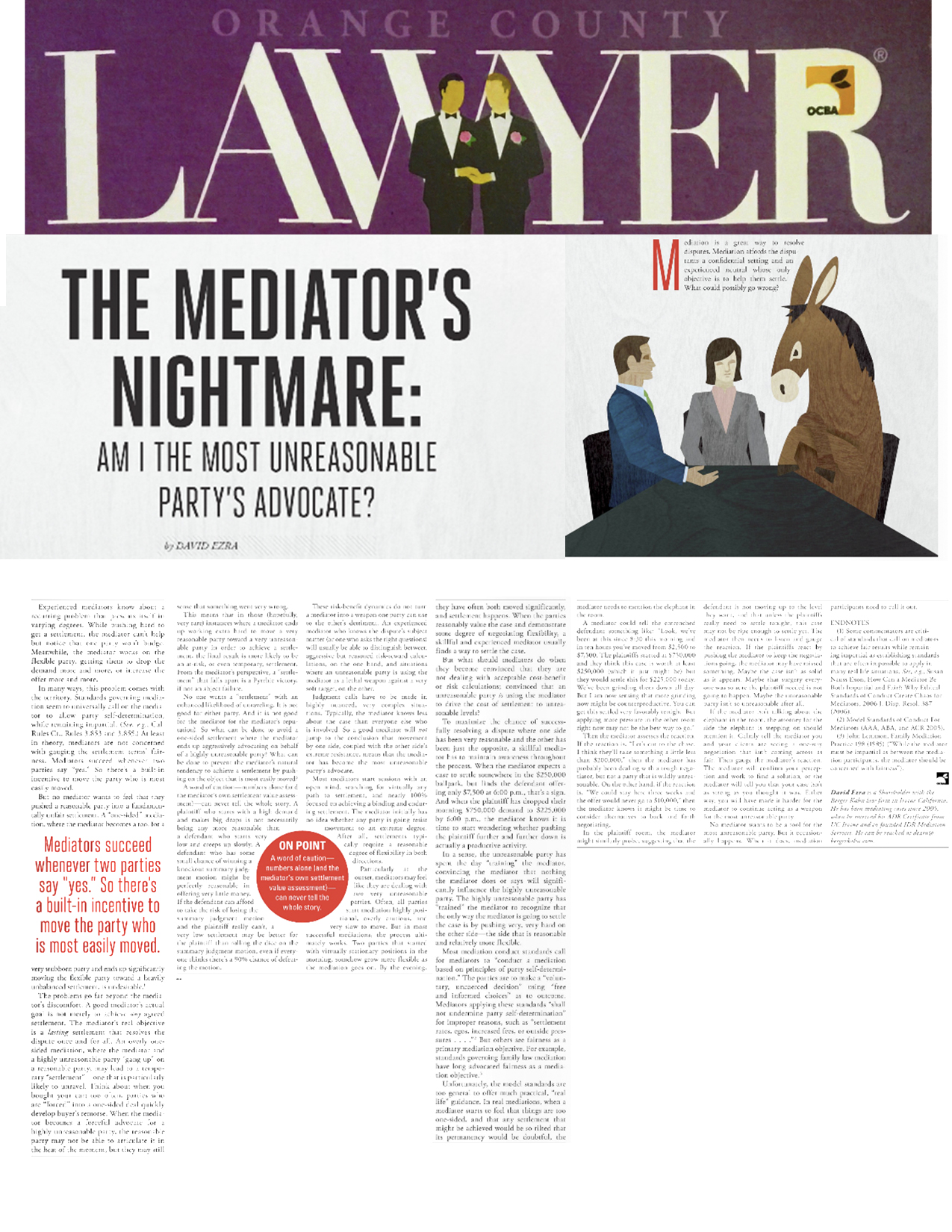 THE MEDIATOR’S NIGHTMARE:
AM I THE MOST UNREASONABLE PARTY’S ADVOCATE?
by David Ezra