Shareholder David Ezra’s new column is out now in the July edition of O.C. Lawyer, a publication of the Orange County Bar Association. This column helps to address employment disputes that can arise for small business owners and the conditions that can lead to the most beneficial results of a mediation.

Says Ezra, ” For mediators, mediating an employment dispute with a small business owner can be particularly challenging and uniquely rewarding. The entrepreneurs who run our twenty-eight-million small businesses are an enormous part of our country’s greatness. While most small businesses fail, those that become involved in a dispute that goes to mediation are likely to be among the survivors. And the owner has good reason to be proud.” 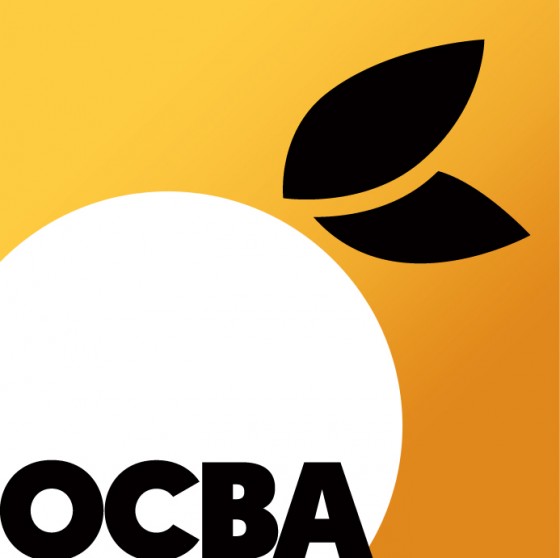 For mediators, mediating an employment dispute with a small business owner can be particularly challenging and uniquely rewarding. The entrepreneurs who run our twenty-eight-million small businesses are an enormous part of our country’s greatness. While most small businesses fail, those that become involved in a dispute that goes to mediation are likely to be among the survivors. And the owner has good reason to be proud.

Small business owners are often accustomed to telling people what to do, and then watching it happen. As opposed to large businesses that have hierarchies and overlapping power structures that create opportunities to jockey for position, build consensus, or effectively “appeal” a direct supervisor’s instruction, the small business is more likely to operate like a mini-dictatorship, with no opportunity for consensus building or a second opinion. The same attributes that make a small business owner dynamic and successful can make the mediation process especially challenging. But that challenge may also present a great opportunity for an experienced mediator who understands where a small business owner is coming from to help the parties reach and close a deal.

But now, one of those employees has sued the employer. The specifics of each case vary, of course. In one case, the employee was hurt and unable to work for months. Finally, the small business had to let the employee go. In another case, the employee discovered that the small business owner can’t ask an employee to work 9 1/2 hours on Monday and make up for it by working 6 1/2 hours on Tuesday without paying overtime. And now there is a wage-and-hour lawsuit from an employee who still works there. The variations always involve an unhappy current or former employee with a complaint, and many times also involve some type of legitimate exposure through an action taken by the business.

The employment mediation involving a small business owner often starts in the defense room with a bold and impassioned denial of any wrongdoing whatsoever. A mediator is likely to hear that this business has been around for twenty-something years and this is the first time anyone has ever sued this business for anything.

The mediator is likely to hear that out of the twenty-seven employees in the history of this business, twenty-six loved it there and would never want to work anyplace else. All current employees will sign (or already have signed) statements saying exactly that.

Some small business owners will then mercilessly attack the plaintiff, often in very personal ways intended to convince the mediator that the business owner knows far more about this rogue employee plaintiff than the mediator ever will (which, of course, is entirely true). The former employee who has now sued had a drug problem all along, suffered from extreme incompetence all along, needs money to start their own competitive business, was extraordinarily lazy and wanted to set up a lawsuit the whole time they were there, and so on.

Other small business owners adopt (or add) a more widely accepted approach: the problem is the attorney in the other room. Like almost everyone else, small business owners don’t like attorneys. And they really hate the ones their former employees hire. The small business owner naturally sees the plaintiff attorney as a greedy, unethical person who cares only about money, and who does absolutely nothing for society (except for working around-the-clock trying to think up new ways to try to suck money out of hard-working business people).

The mediator needs to resist passing judgment. Arguing is out of the question. Whether all attorneys leach off the rest of society is irrelevant and out of bounds, at least if the mediator wants to maximize the likelihood of settlement. Neither questioning the small business owner about all the “good” the business’s products do for society nor “fighting back” will help the mediator. It is not about the people, it is about the problem. The mediator is there to help solve that problem.

Reminding the business owner who seems to hate your profession so passionately that more than half of the Constitution’s framers were attorneys might make the mediator feel better for a few seconds, but is not going to help the case settle. So, just smile when the business owner attacks the plaintiff attorney and your profession. Smile when he or she tells you how worthless everything you’ve ever done professionally might be. (I sometimes do confess that if I had been born smarter, I would have been a doctor. We all have our limits.)

Chances are that this small business owner is not going to change the legal system or society by the end of the day, though he or she may want to. But a mediator who keeps a productive dialogue going, no matter how challenging it might be, probably will get the case settled by the end of the day.

As the mediation day wears on, the small business owner who seemed so confident and successful in the morning often tells the mediator the business is actually teetering on the brink of bankruptcy, and paying a settlement may be the one check writing endeavor that forces bankruptcy, or at least the firing of a good, hard-working employee or two.
A variation of this theme mediators often hear from small business owners is that it would be better to just end the business than settle, since no one should have to work this hard, only to have a corrupt legal system force them to give their hard-earned money away to some greedy plaintiff attorney.

For the mediator, navigating this part of the mediation usually requires empathy. And that isn’t always hard, particularly in California, where the employment laws really do make life extraordinarily challenging for small businesses. There are several ways a mediator can show empathy for the business owner’s plight. Many mediators have been involved in running small law firms or their own solo practices. Most of those mediators have employed people and, as the employer, have faced challenging employment situations of their own. Sharing a story or two and making sure the business owner feels the frustration you faced when you had to deal with an unhappy (or even an opportunistic) employee often helps to establish a bond between the mediator and the business owner defendant in an employment case.

A mediator who hasn’t faced their own employment challenges can still generate empathy by sharing some general background about difficult employment situations faced by their own clients (or even their friends or family). If you are mediating cases in California, it would definitely surprise me if you didn’t know anyone who has been victimized by what they perceived as an unfair accusation by an employee.

Once you have established a base for progress by demonstrating empathy, it is time to move on to practicality. The business owner may want to sit all day and tell you how bad the employee is, how bad the employee’s attorney is, and how bad California’s legal system is. But if you are going to settle the case, you have to call time-out in a subtle way, and start the negotiation process.

It is helpful for the mediator to focus the business owner on the practical details. You know the drill. What is it going to cost to defend this case? Does the business owner really have a week or two to devote to this trial? How many days of lost productivity will be devoted to depositions of the business owner and other managers or employees? You might remind the business owner that many jurors see the world through the eyes of an employee and feel that, at some level, people have a right to their jobs. And beyond employment cases, juries are inherently unpredictable.

During this practicality part of the mediation, the mediator, hopefully with assistance from the business owner’s attorney, helps the business owner better appreciate the value of settling the case, as compared to the various costs, ramifications, and risks of defending the case through trial (and possible appeal).

Now that the mediator has the business owner concentrating on the value of settlement, rather than the despicability of the plaintiff and the plaintiff’s attorney, it is time to paint the picture of what life is going to look like after this storm has passed. Won’t it be nice to get back to running the business that you know and love, without the daily or weekly conversations with an attorney? Won’t it be nice to get back to worrying about your competitors, rather than what the judge is going to say at the next hearing, or how the jury is going to perceive the supervisor who fired this despicable employee?

Once the business owner starts visualizing how good life is going to be after this lawsuit is over, he or she is probably going to be a little more willing to reach for the checkbook and put an end to the day; an end to the case.

Small business owners really are the backbone of the American economy. And they really do have more important work to do than spending their time working with their attorneys to try to fight off employment litigation. When the mediator understands that reality, and can communicate that understanding in a non-threatening, non-condescending way to the business owner, employment cases involving difficult personalities have a way of settling.

David Ezra is a shareholder with the Berger Kahn law firm, with a practice focusing on ADR, insurance and employment law. He has been a mediator since 2005, when he received his Certification in Alternative Dispute Resolution from the University of California, Irvine, and he currently serves as the Secretary/Treasurer of the ADR section of the OCBA.