The Daily Journal, California’s most esteemed legal publication, highlighted David Ezra’s column regarding the dangers of asserting the fraud or collusion defense in insurance claims, with  insightful background on why it may be problematic, and his suggestions on navigating this issue.

Often in a context where a court will find (or has already found) that a duty to defend existed, the insurer who is up against the ropes comes out swinging even harder, accusing the policyholder, the claimant, and on rare occasion, even a retired judge or arbitrator, of dishonesty and deception.

If the insurer falls short of proving fraud or collusion, the jury is likely to see the failed defense as an improper act of hostility.  This could cause the jury to reward claimants with larger damages assessments.  Bad faith and even punitive damages may be more likely when a non-defending insurer unsuccessfully asserts a fraud or collusion defense.” 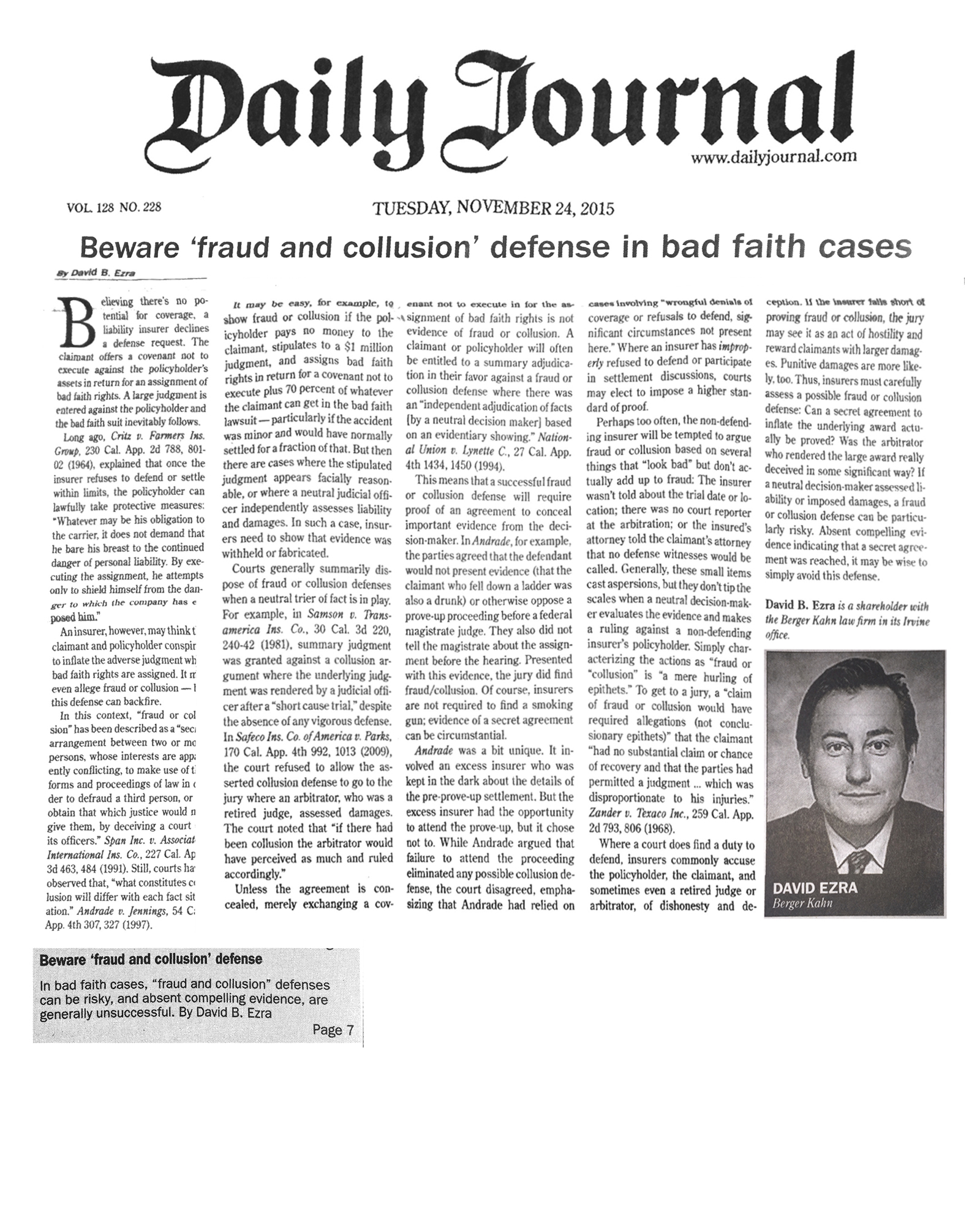