On July 17, 2013, Tony passed away on his 72nd birthday. His funeral service was held a few days later, limited to immediate family. But now, Tony’s family and friends would like to honor his life in celebration. Tony would no doubt prefer that people gather and share fond memories rather than grieve. 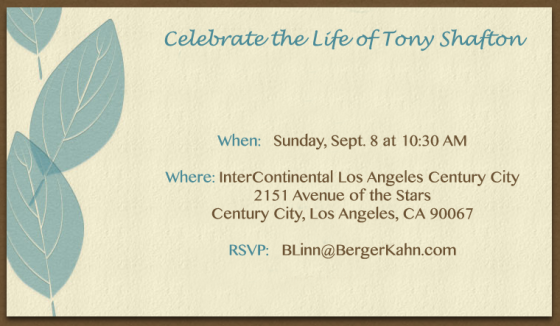 For those of you who didn’t know Tony Shafton, he was a 1966 graduate of UCLA School of Law, and began his career at Cummins, White & Breidenbach. In 1975, Tony joined Paul Berger and Charles Kahn and helped to grow Berger Kahn. Tony was a brilliant trial lawyer, who was respected by his clients and his adversaries. Tony helped shape the law of insurance bad faith by his many cases at trial and on appeal. Tony was a unique individual, who liked to laugh and left a lasting impression on everyone who met him. He “retired” in 2001, when he moved to Palm Desert with his wife Sandra and their three dogs, but was still active in the law.

There will be an event in Tony’s honor on Sunday, September 8, 2013 at 10:30 AM at the Inter-Continental Hotel in Century City. We will gather in the outdoor courtyard where there will be a brief ceremony, and we invite you to share your memories of Tony with all of us. In Tony’s honor, the dress code will, of course, be casual. Brunch will follow.

If you would like to attend, please RSVP to blinn@bergerkahn.com with your name and the number of anticipated attendees.

Tony was always appreciative of the education he received at UCLA. Education was extremely important to him. Therefore, for those who want to make a gift in Tony’s honor, we would suggest UCLA Law School. Donations can be made through http://www.law.ucla.edu/giving. Please put “in memory of Tony Shafton” in the comments box. Alternatively, a check can be mailed to: UCLA School of Law External Affairs, Attention: Chia Yen, Box 951476, Los Angeles, CA 90095-1476.

Also, please enjoy some of the articles and photos of Tony below. 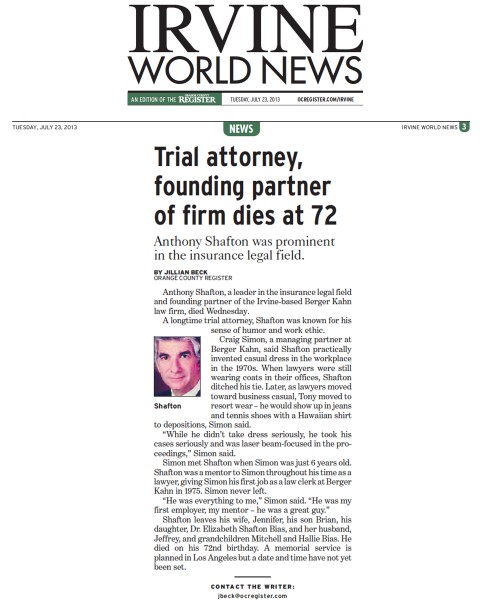 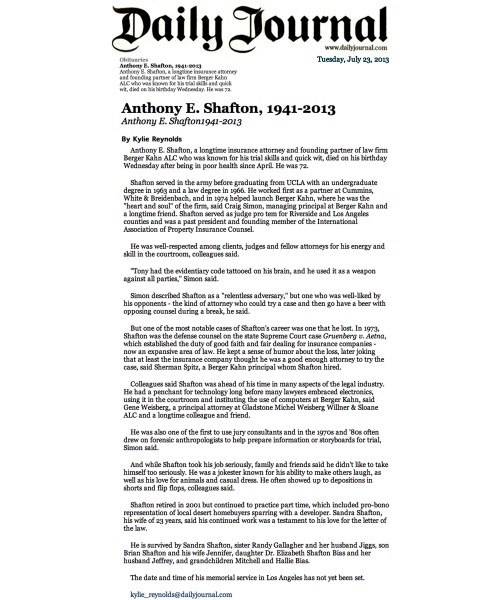 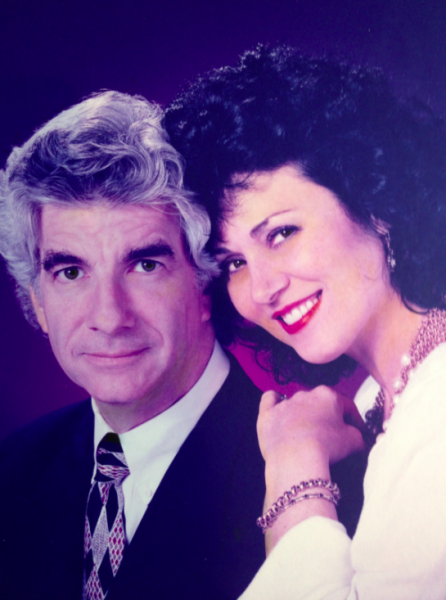 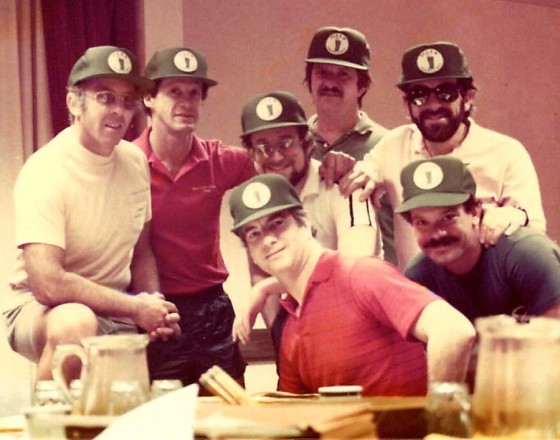