Michael D. Procopio is an Associate at the Berger Kahn Irvine office, focusing his practice primarily on insurance coverage.

Michael graduated from the University of Southern California Gould School of Law in May 2020. While at USC Law, Michael received multiple high honors awards in courses such as Mediation Clinic, U.S. Foreign Policy, and International Business Transactions. Michael was also part of the school’s Student Bar Association, as well as the Journal of Law, Policy & Military Affairs.

As part of the Mediation Clinic, Michael spent two semesters mediating small claims cases at Stanley Mosk Courthouse in Downtown Los Angeles. During the second semester, Michael and his co-mediator had a 100% settlement rate.

Michael received his undergraduate degree from the University of California, San Diego, where he graduated in 2014 with a B.A. in Political Science and a minor in International Studies. At UCSD, Michael was an Academic All-American, competing for the school’s NCAA Track and Field team.

Prior to working at Berger Kahn, Michael worked for Carpenter, Rothans & Dumont in Los Angeles as a law clerk, where he gained extensive experience in legal writing and research. Michael also served as a program manager and government lead for the Department of Defense, Space, and Missile Systems (SMC) in El Segundo, California. During his time at SMC, Michael managed high profile contracts, oversaw 180+ employees, and was a top-ranked student at the Advanced Space Operations School.

In his free time, Michael enjoys playing chess, staying fit, and keeping up with Los Angeles and Pittsburgh sports teams. 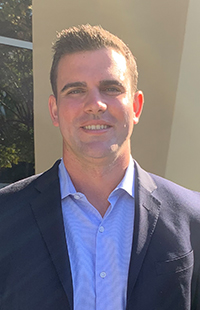