A longtime mascot in the OC Berger Kahn office, mannequin Harrison Frank is a unique and creative symbol of Berger Kahn.

Named after the clothing store Harris & Frank, where Harrison’s suit was purchased, he’s a regular at meetings held in the boardroom where he resides. He always celebrates holidays at the firm, including Valentine’s Day, during which he can be found holding a box of chocolates for Berger Kahn staff. 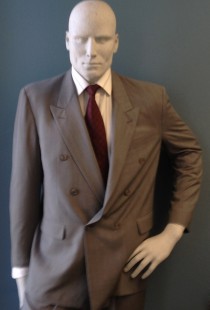