Hannah attends Chapman University’s Dale E. Fowler School of Law in Orange and is expected to graduate in May of 2024. Hannah graduated from Chapman University with a bachelor’s degree in Political Science and Law, Social Justice, and Social Control.

Hannah has held a variety of roles at Berger Kahn, previously working as a paralegal, case manager for David Ezra Mediation, and office administrator.

Hannah is committed to community service. For the last few years, she’s offered tutoring services to students from elementary to high school. She also volunteers her time to tutor native Korean speakers in conversational English to help them increase their comfort and confidence while adapting to a country with a different language and customs.

In her free time, Hannah loves to play with her cat, run, and go on little adventures. 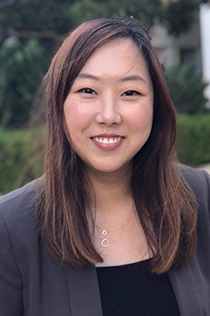