Jamil (“Jay”) Shaaban is an associate in the Berger Kahn South Orange County office. Jay focuses his practice on insurance coverage and litigation.

Jay graduated from Chapman University’s Dale E. Fowler School of Law in 2020. In addition to his J.D., Jay also received his MBA from Chapman’s Argyros School of Business and Economics.

While attending Chapman Law, Jay served as a student ambassador and President of the Alternative Dispute Resolution (ADR) Competition team. He received awards for numerous ADR competitions, both domestic and abroad, which ignited his interest in mediation and negotiation.

Jay joined Berger Kahn as a law clerk before becoming an associate in 2021. Jay frequently advises clients with respect to insurance claims handling, including advice regarding duty to defend, duty to settle, and other aspects of coverage and good faith and fair dealing.

Jay’s publications have been featured in leading insurance news sources, including:

In addition to his background in law, Jay also has extensive experience in the real estate industry. Jay is also an avid outdoorsman and athlete. He loves sports and has raced motocross since he was a child.

“Grandma Got Ran Over By A Rental: Insuring for Safe Holiday Travels” Article Published in Reuters
Reuters – December 9, 2022 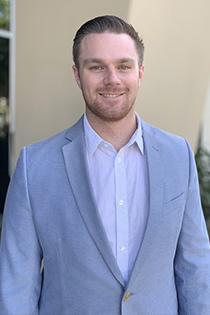